If you’d have told me a few years ago that I’d one day write a book about optimizing the brain, I would have been sure you had mistaken me for someone else. After I switched my college major from premed to film and psychology, the idea of a career in health seemed unlikely. This was compounded by the fact that soon after I graduated, I became entrenched in what I considered a dream job: a journalist and presenter on TV and the Web.

My focus was on stories that I felt were underreported and could make a positive impact on the world. I was living in Los Angeles—a city I’d idolized as an MTV-watching teen growing up in New York—and had just ended a five-year stint hosting and producing content for a socially conscious TV network called Current. Life was great. And it was all about to change. As much as I enjoyed the Hollywood life, I’d often find myself making trips back east to see my mom and two younger brothers.

In 2010, on one of those trips home, my brothers and I noticed a subtle change in the way my mother, Kathy, walked. She was fifty-eight at the time and had always had a spirited way about her. But suddenly, it was as though she were wearing a spacesuit underwater— each stride and gesture looked like a purposeful, conscious decision.

Though I know better now, back then I couldn’t even make the connection between the way she moved and her brain’s health. She also began offhandedly complaining of mental “fogginess.” This too was lost on me. No one in my family had ever had memory problems. In fact, my maternal grandmother lived to ninety-six and her memory was sharp until the end.

But in my mom’s case, it seemed as if her overall processing speed had slowed, like a Web browser with too many open tabs. We started to notice that when we would ask her to pass the salt at dinner, it would take her a few extra beats to register. While I chalked what I was seeing up to “normal aging,” deep down I had the chilling suspicion that something wasn’t right.

It wasn’t until the summer of 2011 during a family trip to Miami that those suspicions were confirmed. My mom and dad had been divorced since I was eighteen, and this was one of the few times since then that my brothers and I were together with my parents under the same roof—seeking respite from the summer heat in my dad’s apartment.

One morning, my mother was standing at the breakfast bar. With the whole family present, she hesitated and then announced that she had been having memory problems and had recently sought the help of a neurologist. In an incredulous but playful tone, my father asked her, “Is that so? Well then, what year is it?” She stared at us blankly for a moment, and then another. My brothers and I chuckled and chimed in, breaking the uneasy silence.

Come on, how could you not know the year?” She responded, “I don’t know,” and began to cry. The memory is seared into my brain. My mom was at her most vulnerable, courageously trying to communicate her internal pain, defective but self-aware, frustrated and scared, and we were completely ignorant. It was the moment I learned one of life’s hardest lessons: that nothing else means a thing when a loved one gets sick.

The flurry of medical visits, expert consultations, and tentative diagnoses that followed culminated at the tail end of a trip to the Cleveland Clinic. My mom and I had just walked out of a renowned neurologist’s office and I was trying to interpret the labels on the pill bottles clutched in my hand. They looked like hieroglyphics. Staring at the labels, I silently mouthed out the drug names to myself in the parking lot of the hospital. Ar-i-cept. Sin-e-met. What were they for? Pill bottles in one hand, unlimited data plan in the other, I turned to the digital-age equivalent of a safety blanket: Google. In 0.42 seconds, the search engine returned results that would ultimately change my life. Information on Aricept for Alzheimer’s disease.

Alzheimer’s disease? No one had said anything about Alzheimer’s disease. I became anxious. Why hadn’t the neurologist mentioned that? For a moment, the world around me ceased to exist but for the voice in my head. Does my mom have Alzheimer’s disease? Isn’t that something only old people get? How could she have it, and at this age? Grandma is ninety-four and she’s fine.

Why is mom acting so calm? Does she understand what this means? Do I? How long does she have before . . . whatever comes next? What does come next? The neurologist had mentioned “Parkinson’s Plus.” Plus what? “Plus” had sounded like a bonus. Economy Plus means more legroom—usually a good thing. Pert Plus was shampoo plus conditioner, also a good thing.

No. My mom was prescribed medicines for Parkinson’s disease plus Alzheimer’s disease. Her “bonus feature” was the symptoms of a bonus disease. As I read about the pills I was still holding, repeating phrases stuck out to me. “No disease-modifying ability.” “Limited efficacy.” “Like a Band-Aid.” Even the doctor had seemed resigned. (I later learned a cold joke circulated among med school students about neurology: “Neurologists don’t treat disease, they admire it.”) That night I was sitting alone in our Holiday Inn suite, a couple of blocks from the hospital.

My mom was in the other room, and I was at my computer, manically reading anything I could find on both Parkinson’s and Alzheimer’s disease, even though my mom’s symptoms did not fit neatly into either diagnosis. Confused, uninformed, and feeling powerless, it was then that I experienced something I’d never felt before. My vision narrowed and darkened, and fear enveloped my consciousness. Even with my limited insight at the time I could tell what was happening.

Heart pounding, hungry for air, a feeling of impending doom—I was having a panic attack. Whether it lasted minutes or hours I can’t be sure, but even as the physical manifestations subsided the emotional dissonance remained. I chewed on that sensation for days afterward. After I returned to LA and the initial storm cleared, I felt like I was left standing on a shattered landscape, surveying the path ahead without a map or compass.

My mom began taking the chemical Band-Aids, but I felt continual unease. Surely the fact that we had no family history of dementia meant there had to be something environmental triggering her illness. What changed in our diets and lifestyles between my grandmother’s generation and my mother’s? Was my mom somehow poisoned by the world around her? As these questions circled my head, I found little room to think about anything else, including my career.

I felt like Neo from The Matrix, reluctantly conscripted by the white rabbit to save my mother. But how? There was no Morpheus to guide me

Some Healthy Garnish Ideas you’ve been missing Throughout the Time 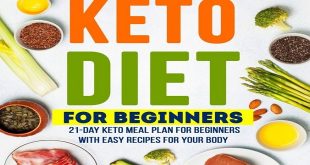 Caution – Move Slowly and Patiently For Super Healthy Success in Your Life!