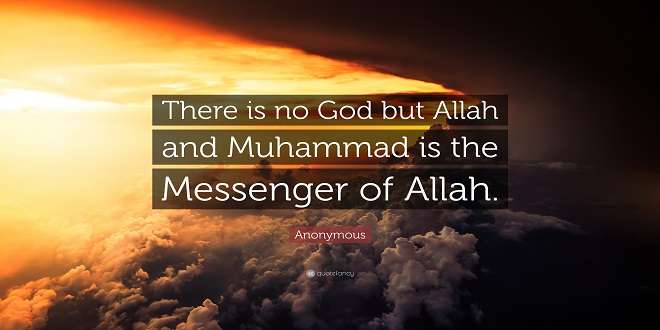 No god but God – The Origins, Evolution, and Future of Islam

With The Arrival of the pilgrimage season—the last two months and the first month of each year—ancient Mecca is transformed from the bustling desert metropolis it usually is into a city bursting at its borders with pilgrims, merchants, and caravans traveling to and from the great commercial fairs in neighboring towns like Ukaz and Dhu’l-Majaz.

Whether originating in Mecca or not, all caravans wishing to enter the city must first halt at the outskirts of the Meccan Valley so that their goods can be tallied and a record made of their trading mission. The camels are relieved of their burdens and placed in the custody of slaves while a Meccan official assesses the value of the textiles, or oils, or dates the caravan has brought back from the fairs. From this total, the official will collect Mecca’s fee: a modest tax on all commerce that takes place in and around the sacred city.

Only when this business is complete are the caravan workers free to strip off their filthy veils and make their way to the Ka‘ba. 24 No god but God The ancient city of Mecca radiates concentrically from the sanctuary at its heart, its narrow dirt streets like arteries transporting pilgrims back and forth from the Ka‘ba.

The homes on the outer rings are made of mud and straw: impermanent structures inevitably swept away by the annual floods that inundate this valley.

Closer to the city center, the homes are larger and more permanent, though still made of mud (only the Ka‘ba is stone). This is Mecca’s market quarter—the suqs—where the air is thick and pungent with smoke, and the stalls reek of blood and spices.

The caravan workers push their way wearily through the crowded market, past the sheep hearts and goat tongues roasting over open fires, past the boisterous merchants haggling with the pilgrims, past the dark women crouching in courtyards, until they finally arrive at the consecrated threshold of the sanctuary. The men cleanse themselves at the well of Zamzam, then announce their presence to “the Lord of the House” before joining the swarm of pilgrims circling the Ka‘ba.

Meanwhile, inside the sanctuary, an old man in a spotless white tunic shuffles between the wood and stone idols, lighting candles and rearranging the altars. This man is no priest; he is not even a Kahin. He is someone far more important. He is a Quraysh: a member of the powerful, fabulously wealthy tribe that had settled in Mecca centuries earlier and who are now known throughout the Hijaz as ahl Allah: “the Tribe of God,” the Wardens of the Sanctuary.

THE QURAYSH’S DOMINANCE of Mecca began at the end of the fourth century C.E., when an ambitious young Arab named Qusayy managed to gain control of the Ka‘ba by uniting a number of feuding clans under his rule.

Clans in the Arabian Peninsula were primarily composed of large extended families that called themselves either bayt (house of ) or banu (sons of ) the family’s patriarch. Muhammad’s clan was thus known as Banu Hashim, “the Sons of Hashim.

Through intermarriage and political alliances, a group of clans could merge to become an ahl or a qawm: a “people,” more commonly called a tribe. During the early settlement period of Mecca, a number of clans, some of whom shared a loose alliance, vied for control of the city